Conservative Councillor for Willaston and Thornton

Myles Mogg has been elected councillor for the Willaston and Thornton ward for over 20 years and has been involved with the Hooton Memorial hall nearly as long.  Myles takes a great interest in local issues and is active on many local committees and many community groups.

Myles serves as a committee member and trustee for the Hooton Village Memorial Hall and takes an active role in meetings and community events. 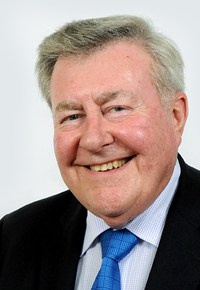 Many of you will have noticed construction has finally begun at the Rofton Works site behind Hooton railway station.  The house building programme is now moving at pace to build the 265 houses and a 72 bed care-home on the site.  Planning permission was originally granted in 2012 but the site owners failed to find a developer until recently. 68 of the houses will be in the affordable category.

A new community hall will be built in Hooton and improvements made to the Hooton Station shop.  Highway works are proposed at the junction of the A41 and the B5133 Hooton Road to cope with the increased traffic generated by the development.  Improvements will also be made to the Wirral Way.  Nearly £493k will be provided to accommodate the additional pupils as a result of this development at the catchment primary school.

It is sad that the Hooton Hotel has been allowed to fall into disrepair.  I shall try to energise the owners to redevelop it as a much needed local amenity.

Potholes in our roads remain a constant problem.  I have urged the Council to spend some of the extra £3.5m recently received from Central Government to repair them more speedily and to a better standard than at present in the area of Childer Thornton and Hooton.